For the past few years owners of 2013 and now 2014 Ram trucks with the 6.7L Cummins diesel have been unable to tune their trucks for more power and fuel mileage. This was due to the level of software encryption on these trucks, making it quite difficult for aftermarket performance tuning companies to effectively tune these diesels. Difficult, but not impossible.

The TS Performance Stryker is an easy to install (and uninstall) plug-and-play power module that is dirt simple to operate. You plug it in under the hood to the fuel rail pressure sensor harness, close the hood, and go. It adds 135 horsepower and 200 torque. Even with that power, TS Performance is stating that it will boost fuel economy by up to 10%, and doesn’t increase your exhaust gas temperatures. 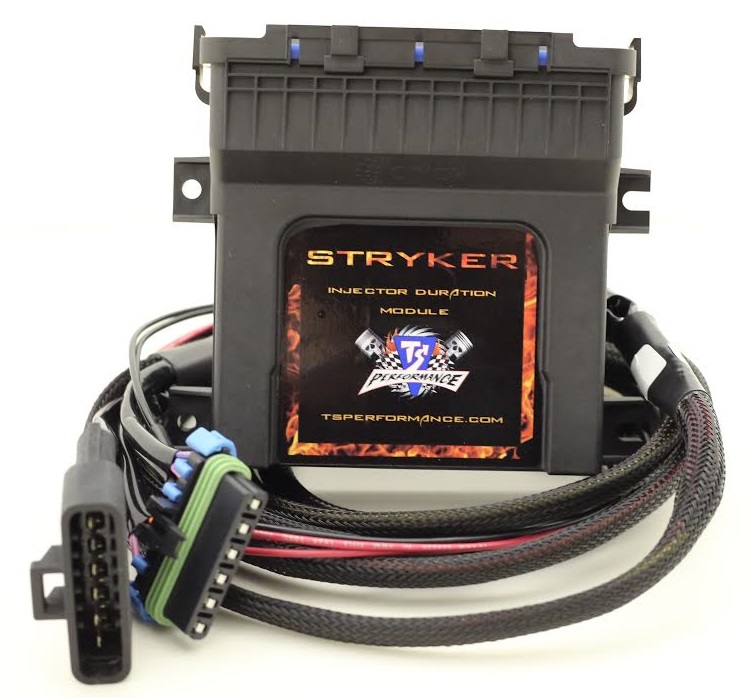 The Stryker controls the duration of the injector nozzles for a cleaner and more efficient burn in the cylinder, allowing for an increase in power and torque without shortening the life of the particulate filter. The unit is completely undetectable, so there’s no worries about warranty issues. Best of all, you simply plug it in and drive. The Stryker uses load-based programming so the harder you use your truck the better it works. And there’s no smoke.